I’m listening to a friend I like very much describe her neighbors’ extensive political signs — sizable banners and flags decorate this rural Vermont property. I’m tallying up my book purchase bills for my library when I suddenly pause, listening harder as my friend says she doesn’t think she can walk across the dirt road and be friendly anymore.

A variation of the conversation surface again at dinner, when my oldest says her Instagram posts have been criticized as not political enough, not making a vocal stand against injustice. We’re eating tomatoes and sweet onions my youngest picked from the garden.

Our conversation winds around to the late and great John Lewis, and I remind my daughter of the challenge Lewis posed:

When historians pick up their pens to write the story of the 21st century, let them say that it was your generation who laid down the heavy burdens of hate at last and that peace finally triumphed over violence, aggression and war. So I say to you, walk with the wind, brothers and sisters, and let the spirit of peace and the power of everlasting love be your guide.

My daughter, worn out from a long week at work, struggles — what am I supposed to do? Like anyone, she desires to walk the path of justice and goodness. Then she tells her sister and me the heartbreaking story she witnessed that day at work of a Black woman, white men, and fear. What could I have done? she asks me.

I don’t have the answer for her. Listening, I suddenly think, Fuck Instagram and our human — or perhaps American — compulsion to sum up the story of justice and injustice in a few brief sentences. My daughter leaves for a run, utterly dissatisfied and miserable.

I sympathize with my friend who didn’t want to cross that road to her neighbors’ porch again. I’m as guilty as anyone else of barricading my heart to those I don’t understand. But the world, surely, changes through compassion. There’s nothing glitzy or flashy about compassion — it’s messy and painful. But isn’t that the challenge? 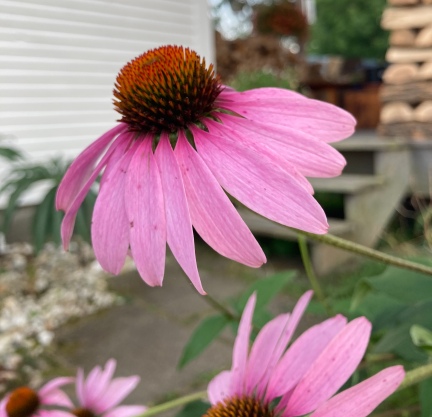 A writer and sugarmaker, Brett Ann lives with her two daughters in stony soil Vermont. Her novel HIDDEN VIEW was published by Green Writers Press in the fall of 2015. Let my writing speak for itself.
View all posts by Brett Ann Stanciu →
This entry was posted in Vermont and tagged #JohnLewis, #socialjustice, #vermontliving, #whywrite, compassion, love, neighbors, poetry. Bookmark the permalink.