Just before the twin towers were destroyed in New York City, we moved into a new kitchen we had built on one side of our house. Our old kitchen had a single window. The new kitchen was its own ell, with three walls of windows, the true gem of that house.

I remember washing Red Russian kale leaves in a white enamel sink we had scavenged from somewhere, mesmerized by the sunlight over my hands, and how the kale spines flashed silvery like minnows under the water. I was listening to NPR and staring at my garden’s kale as if I had never seen it before.

Soil in that garden later became contaminated with clubfoot, and I ceased planting brassica. Transplanted healthy plants miserably withered and died within a few weeks, and none of my remedies worked. Now, miles away in this new garden patch, snipping my first kale leaves, I thought of that afternoon so many years ago, with my toddler daughter tricycling around the kitchen, surrounded by sunlight streaming over freshly stained pine, the only adult in the house listening to the radio, wondering what would happen.

The thief left it behind:
the moon
at my window. 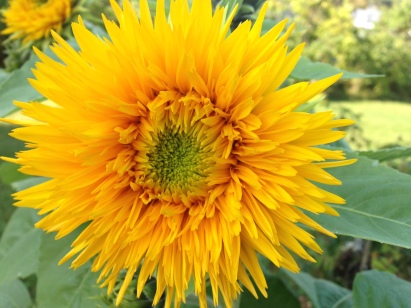