A few years ago, an enormous storm dumped gravel on local farmers’ fields and generally wrecked significant agricultural damage. Farmers around here are small, small-scale, no one ever gets adequate insurance compensation, and the storm hurt.

I bought this sketch below at a community fundraiser for local farmers at the Woodbury Town Hall, where the people from the surrounding towns came together for a dinner and live music, and many folks donated all kinds of beautiful handmade things that switched from hand to hand with some cash.

Some money, no doubt, was raised. The night was a goodwill, community gesture after a bad event. This is the better, more generous, gracious element of Vermont. We are not always so kind.

Walking around this small town where I live – Hardwick – whether to the post office, or crawling under broken boards with my visiting nephews to get into the  empty granite sheds for an “historic” tour, I keep returning to the notion that more deeply understanding all the variations of this small town, I would gain some tenor of illumination.

Just to mix things up in the little-light month of December, I’ll aim to share a few snips of life within walking distance.

Whether the recollection is of fascist Italy in the 1920s, of Nazi Germany in the 1930s, of the Soviet Union during the Great Terror of 1937-38, or of the purges in communist eastern Europe in the 1940s and ’50s, people who were living in fear of repression remembered how their neighbors treated them. A smile, a handshake, or a word of greeting – banal gestures in a normal situation – took on great significance. When friends, colleagues, and acquaintances looked away or crossed the street to avoid contact, fear grew.

–Timothy Snyder, On Tyranny: Twenty Lessons From the Twentieth Century 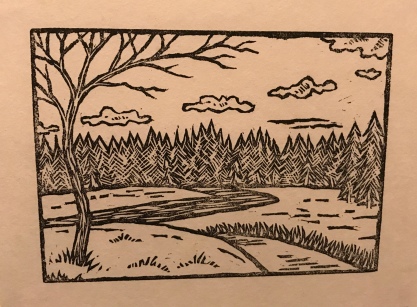