With a friend, my 11-old-year daughter recently began running – with an interest beyond beloved companionship and the ice cream at the trail’s end. Lacing up her shoes, I see a keenness in her, a love of knowing her body is capable of carrying her a distance.

In last evening’s sultriness, the girls witnessed heat lightening. The sky was purple, my daughter told me excitedly, and the air must have been alive with electricity. I could imagine these two pony-tailed girls running on Morrisville’s rail trail, their eyes wide, determining their route to safety.

Let us toast to animal pleasures, to escapism, to rain on the roof and instant coffee, to unemployment insurance and library cards, to absinthe and good-hearted landlords, to music and warm bodies… and to the “good life”, whatever it is and wherever it happens to be. 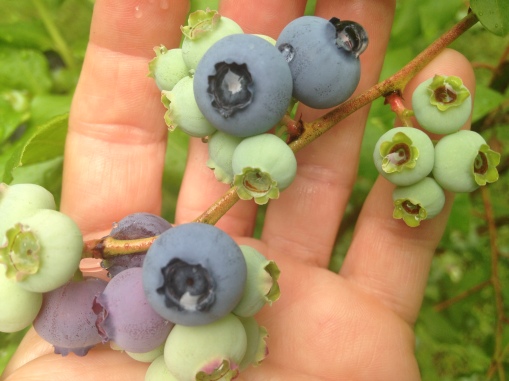 A writer and sugarmaker, Brett Ann lives with her two daughters in stony soil Vermont. Her novel HIDDEN VIEW was published by Green Writers Press in the fall of 2015. Let my writing speak for itself.
View all posts by Brett Ann Stanciu →
This entry was posted in mothering and tagged #amreading, #amwriting, #vermontliving, girls running, nature. Bookmark the permalink.