The kids and I ended up outside a gas station today in Orleans, Vermont, loitering under a No Loitering sign. We’d changed a flat tire on my sister’s car and needed air for the (also flattish) replacement. Earlier, we’d absorbed history, in a stunning old four-story schoolhouse in Brownington, where the kids admired rooms chockfull of nifty antiques and gadgets, and I kept wandering around somewhat idiotically marveling to the guide, This building is so incredibly well-built, as if she’d never noticed that before.

My older daughter, newly sixteen-and-a-half, took charge of the tire change, then drove the car home through yet more rain and sun, commanding her cousins to stop horsing around in the backseat. When I left again, she baked and frosted a cake for her aunt’s birthday, oversaw the younger kids decorating the house, worked on her summer homework Salinger essay, and emailed me photos.

No doubt, the Brownington students in the 1800s must have been capable farm kids, but as a mother, it’s darn satisfying to see your leggy 21st century daughter tackle a tire wrench, a kitchen aide and camera with equal gusto.

While the kids were eating false maple donuts under the No Loitering sign, and my sister and I drank a thermos of coffee, we laughed at our planned day all jumbled up. It’s all in the journey, I said, thinking how trite that phase sounded to me just a few years back, so phony as Holden Caulfield would have kvetched. That doesn’t mean sometimes I’m not unbearably crabby along the way, but surely wielding a tire wrench, capably and well, sweetens your slice of cake.

…My wife is at her work,
There behind yellow windows. Supper
Will be soon. I crunch the icy snow
And tilt my head to study the last

Silvery light of the western sky
In the pine boughs. I smile. Then
I smile again, just because I can.
I am not an old man. Not yet. 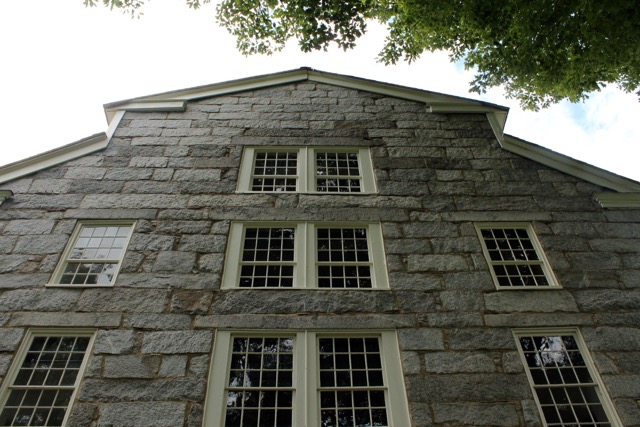 A writer and sugarmaker, Brett Ann lives with her two daughters in stony soil Vermont. Her novel HIDDEN VIEW was published by Green Writers Press in the fall of 2015. Let my writing speak for itself.
View all posts by Brett Ann Stanciu →
This entry was posted in Uncategorized and tagged Hayden Carruth, journey, photography, Vermont history. Bookmark the permalink.