With so little snow and a great deal of sun, we spent some time walking through the neighbors’ fields today. When they bought the property, they dragged out all the abandoned farm machinery, the wheels and gears, and lumped it together on an old cement slab. The collection had been in the weeds for God knows how long, and doubtless it’ll remain clustered together, gradually rusting, accumulating leaves and the odd fallen stick, for a stretch of unknown eternity, too.

Unlike Robert Frost’s birch fences that rotted in three foggy mornings and one rainy day, machinery, having changed the landscape in such profound ways, slowly returns to the earth fleck by fallen fleck. This machinery has done all the hard moving it’s going to do.

I can’t but think there’s some odd comfort in even the mightiness of steel and internal combustion going the way of all things: that all the driving power of industrialism will yield to entropy, that the earth in her slow and patient way will fold back around the fortresses of men, and eventually have her way.

In known history, nobody has had such capacity for altering the universe than the people of the United States of America. And nobody has gone about it in such an aggressive way. 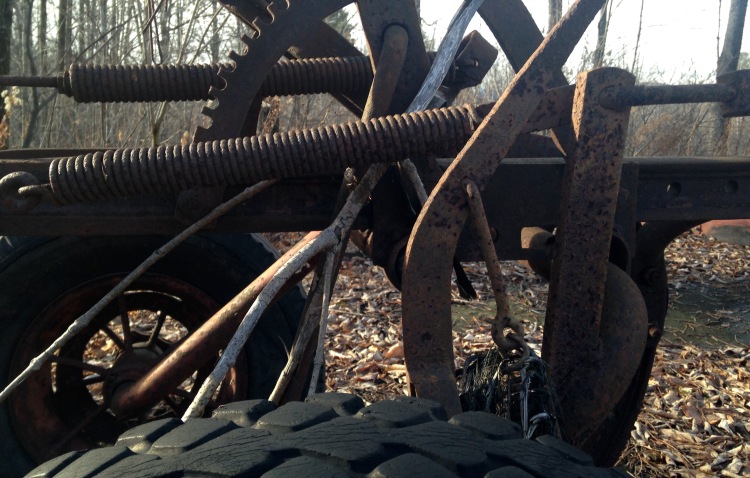