February: the kids fluctuate between ecstasy with the plentiful snow, or downright surliness. The double doors onto our back porch are jammed with winter boots, melting snow, ski boots and more ski boots, ice skates.

We’re in the long haul of this season, which leads into the More Winter and Yet More Winter seasons, before the many varieties of mud season and spring.

Here’s the thing, though: in February the light pours back. At zero degrees this morning, when I dropped my daughter at school this morning, her principal grabbed her skis from the back of my car, and he remarked on the day’s beauty. My daughter, worried about a Spanish presentation this morning and anxious to ski in the afternoon, lifted her face in the cold air, the sun streaming over the long brick building. She nodded.

From William Clark’s 1804-1806 journal: “Great joy in camp. We are in view of the Ocian, this great Pacific Octian which we have been so long anxious to see….” The estimated distance the explorers had traveled from St.Louis to the ocean was 4,100 miles.

From Sacajawea by Howard P. Howard. 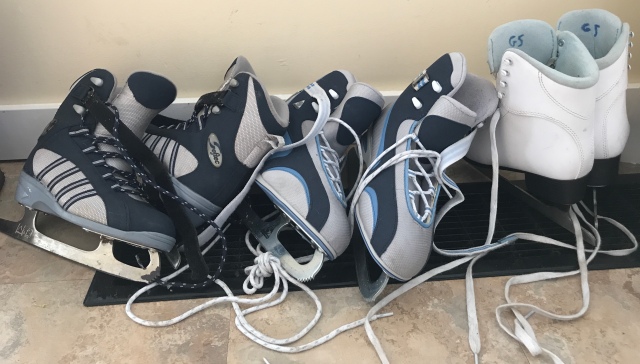 A writer and sugarmaker, Brett Ann lives with her two daughters in stony soil Vermont. Her novel HIDDEN VIEW was published by Green Writers Press in the fall of 2015. Let my writing speak for itself.
View all posts by Brett Ann Stanciu →
This entry was posted in mothering and tagged #familylife, middle school parenting, photography, Sacajawea, skiing. Bookmark the permalink.