Note this: a Vermont November day in the fifties. My girls toss text notes to me from Hardwick to my windowless desk in Burlington: Who did you loan the pie pans to? When will you be home?

The teenager and her friend are hatching a plan to pick up an old friend at the airport which requires, first, that ancient human activity: waiting.

The friend, nervous, taps her phone.

I take out the hat I’m knitting, and – like that – the girls ask for needles and yarn. My teenager, former Waldorf student, knits quickly, weaving in a second color. The kittens leap from one ball of yarn to another. Our needles, fingers, and voices work, in this other old activity: women at handwork.

Twilight comes to the little farm
At winter’s end. The snowbanks
High as the eaves, which melted
And became pitted during the day,
Are freezing again, and crunch
Under the dog’s foot. The mountains
From their place behind our shoulders
Lean close a moment, as if for a
Final inspection, but with kindness,
A benediction as the darkness
Falls…. 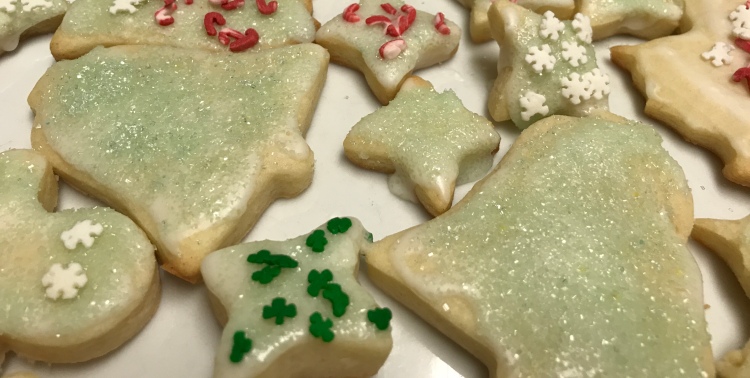 Brett Ann Stanciu lives with her two daughters in Hardwick, Vermont. Her creative nonfiction book, Unstitched: My Journey to Understand Opioid Addiction and How People and Communities Can Heal, will be published by Steerforth Press in September 2021. Her novel about rural life in Vermont, Hidden View, was published in 2015.