Here’s the thing about Thoreau and gardening:  Thoreauvian time is distinctly non-linear, perceiving the world through cyclical seasons.  Walden is written as a single-year cycle, with multiple circles within.  As gardeners, we must all, on some level, embrace the world in variations of rebirth, growth, and demise.

Today, my garden bursts in profusion:  white currants, greens, rogue chamomile mixed in with the bee balm.  A woodchuck we saw running by…..

This is the season of a ten-year-old girl picking peas, of dinner cooked over an outside fire, of rain on the sunhat left on the grass while we played an evening game at the neighbors’ house.  Their four-year-old daughter showed us her garden, while her younger brother ran in excited figure eights.  Walking home tonight,  my daughter’s hand in mine, fireworks from Cabot and Morrisville lit up the night sky over our mountain, while fireflies blinked around us.  Our heels struck the dirt road, our guide home in the thick country dark, the frogs peeping and the owls calling, this season of Vermont July.

Children, who play life, discern its true law and relations more clearly than men…  At the same time that we are earnest to explore and learn all things, we require that all things be mysterious and unexplorable, that land and sea be indefinitely wild, unsurveyed and unfathomable by us because unfathomable. 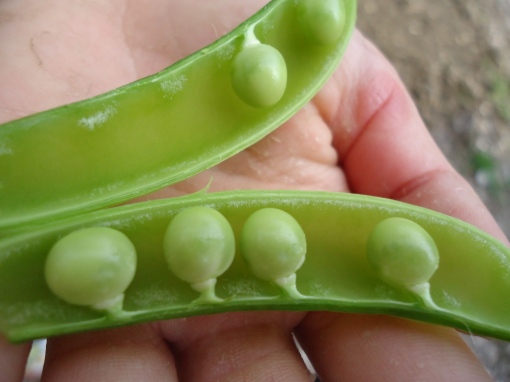