View from our front porch. Which pretty much sums up where we are now.

Under the wind, I knew

Summers, the dawn is raucous with songbirds. In February, I stand outside in the dark, the cold swirling around my hands and head, hungry, hungry, it seems for my warmth. The icy snow makes the lightest tap against the kitchen window. We’re socked in by sleet and ice and snow in Vermont, the winter wrapping around us. When my daughters were little, how I chafed against those endless winter days. Now, I’m glad to be awake and working while the household sleeps. The cats have wandered downstairs for their breakfast, and curled up for their post-breakfast rest. Our house is warm; the daughters are well; the bills are paid; I have work.

Let the snow pile up. Among those many motherhood lessons is a solid carpe diem — and to log in a few more hours of work before the day drifts along….

Winter solitude—
In a world of one color
The sound of wind. 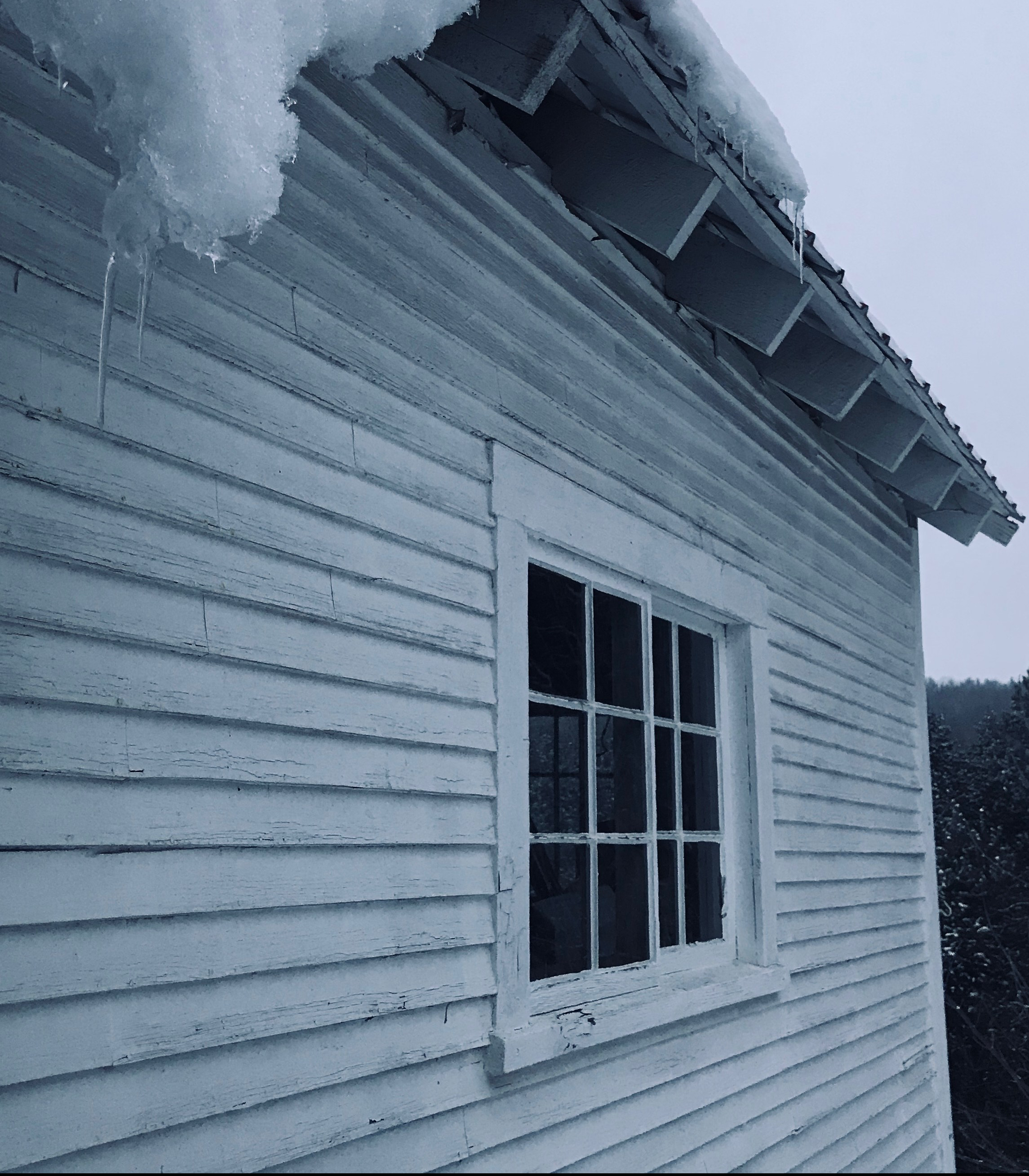 No school today, due not so much to snow but to ice. While I was gone most of the day, literally sliding on Barre’s sidewalks, the kids were home. With great gusto, the teenager plowed the driveway, while the ten-year-old teamed up with the neighbor boy. In the afternoon, the boy’s mother and I went walking. I’m reading Rebecca Solnit’s Wanderlust: A History of Walking right now, and I realize my deepest conversations with this woman have been along our mutual dirt road.

Our relationship began before either of us had kids, meeting for the first time along the road when it had washed out in a summer storm. We have now stretched through births, illness, carpooling, innumerable passing back and forth of cake pans and eggs.

And yet it is always the road where we return. Today, with the road’s center sheer ice, she walked on one gravelly edge, I on the other, and we spoke across this narrow road. Back at my house, in the rain, the children had built a couch of snow complete with footrests. I watched the two children later from the kitchen windows, sitting on their mitten-made couch in their bright hats and snowsuits, chatting.

This constellation called walking has a history, the history trod out by all those poets and philosophers and insurrectionaries, by jaywalkers, pilgrims, tourists, hikers, mountaineers, but whether it has a future depends on whether those connecting paths are travelled still.