On these warm spring evenings, my daughters and I often walk through the town forest and circle around back to town along Bridgeman Hill Road. The woods are the solace of living in town, sprinkled now with spring beauties and red trilliums and gold trout lilies.

At the high school, we watch a young teen drive a pickup around the parking lot with his father, the truck lurching into gear as the teen finds that sweet spot between clutch and gas. As the dusk drifts down, watching this kid seems almost wildly hopeful as he turns and loops back again around that long parking lot.

This whole walk I’d been trailing my daughters, listening to the evening birdsong in the treetops, for some reason remembering the man who coached basketball for many years at the high school. He’d dug a basement for my former husband and me, many years, when we bought that first eight acres. I’d run into him a few years ago when we were both pumping gas. As the world goes in little towns, we’d each heard small strands of gossip about each other, and we caught up about what we were each doing for work.

Then I turned the key to my car and asked if he would listen to a grinding sound in my car’s engine.

Water pump, he said, and then asked if I needed help fixing it.

I thanked him and said no, I was fine. He went into his day, and I into mine. On my way to work that morning, the water pump failed.

The teen turns on the headlights. Back at my car, my daughter gets in the driver’s seat, ready to drive — not home, but somewhere, anywhere.

I make her wait, though; I don’t get in the car. I stand there for a moment longer, the night sprinkling down, the peepers singing, and that boy making a long slow turn in the parking lot. Around us, the ineffable mystery of the world widens around those two spots of light.

Tanned and wearing overalls, a woman comes into my library and gathers a stack of library books for her children. For this moment, it’s just the two of us. She’s a woman who doesn’t usually check out books for herself, but she asks for a recommendation. I ask her what she wants — fiction or nonfiction? Something easy?

She pauses and then tells me, I need something good. I’m having a spiritual crisis. I’m turning forty and raising two kids and….

I add, And the world’s falling apart?

I pull Maggie O’Farrell’s book off the shelf, and she doesn’t look at it, simply adds it to her pile while we keep talking. She’s a woman who seems, to me, to have been fortunate with finances, surrounded by family. We talk for a bit more, and then I offer that change is opportunity — painful as that might appear.

We step outside, take off our masks, and walk around the gardens, talking about cucumbers.

The things in life which don’t go to plan are usually more important, more formative, in the long run, than the things that do. 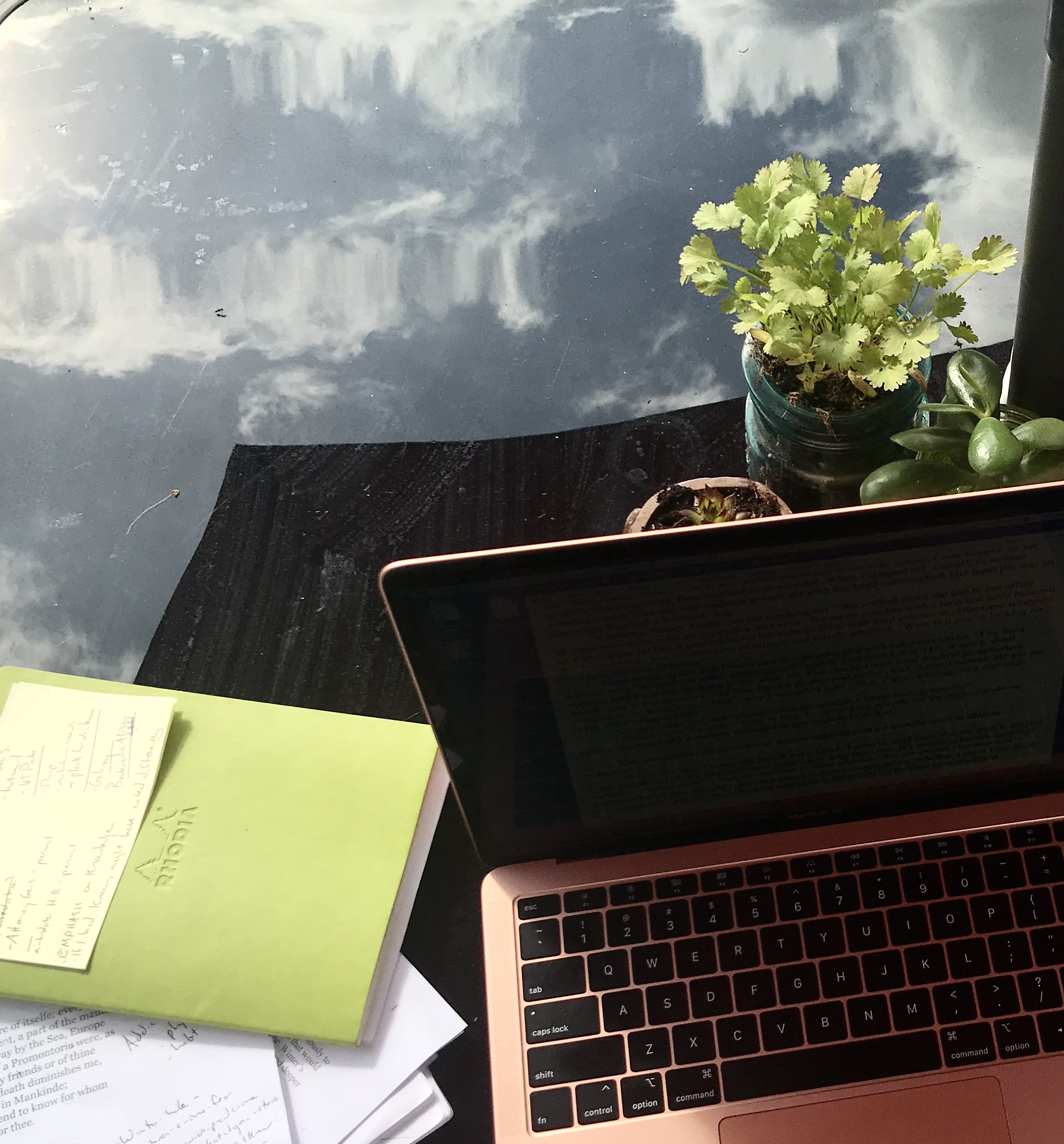 Mary Oliver, poet of the rugged soul, champion of kindness, lover of the world’s broken beauty. 1935-2019.

I wanted
The past to go away, I wanted
To leave it, like another country…

And nobody gets out of it, having to
Swim through the fires to stay in
This world. 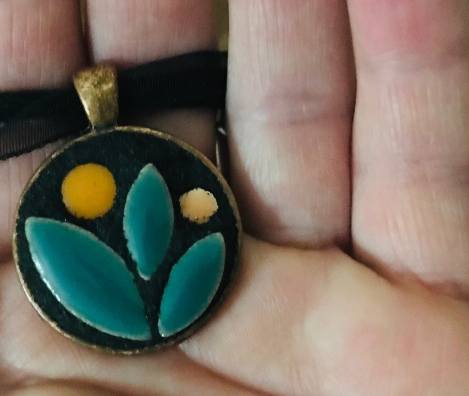 This afternoon, between the end of school and the beginning of work, I went running, my little girl ahead on her bike.  Down the dirt road we went, and then she circled back to me as we approached a small camp where a man stood in the road.  My child was afraid of the dog there, and she rode closely beside me.

I stopped running and said I was sorry to hear about his wife.

He told me they had celebrated their nineteenth wedding anniversary on the first, and then last week, they ate dinner together and fell asleep.  He told me he woke in the morning and washed dishes, and when he checked on her, still in her recliner, she had passed.

The couple hasn’t lived in that camp for years.  They moved down to the bottom of our road, in an old farmhouse wrapped with plastic to the keep the wind out, painted pink in one section, green in another.  The acres have substantial mounds of cowshit, junked vehicles in piles, all manner of debris with all kinds of people coming and going.  He considered his occupation “junking,” and had told me in 2008 his occupation had gone all to hell.  In the spring, their pasture is verdant long before anywhere else.

The camp, on its footprint of property, has had a revolving door for years with a series of single men and one winter a woman with two young children.  With no water or plumbing, the cabin is surrounded by piles of exactly what we’re never sure.  Large things like soiled mattresses and campers, a shower stall, salvage windows, and piles and piles of human food garbage.  Built in a dank hollow, the camp has always exuded to me the desperateness of hard-up and hardscrabble people, on the fringe, looking to stay away from the law.  Who in this extended family owns what property, or if it’s even owned or rented, has always been unclear to me.

This neighbor and I have never been on poor terms.  He recalled, today, talking to me years ago, when the road often held only myself and my daughter in her stroller.  When she was three or so, she asked me how he could eat corn-on-the-cob, as he had only one front tooth.

Today, he watched his grandson mow a patch of tangled weeds, telling his story, his eyes tearing.  Tomorrow, he’ll plant a rosebush and bury her ashes.

I said what little I could, that she hadn’t suffered at least.

He shook his head just once and said, I don’t  know.  It was in the night, you know, and no one thought that was going to happen, you see.

The little girl and I continued down the road.  When I returned, I lifted my hand and waved, running, and he hollered to me, These weeds can some grow!

O my neighbor, may your rosebush bloom beautifully.

And did you get what
you wanted from this life, even so?
I did.
And what did you want?
To call myself beloved, to feel myself
beloved on the earth. 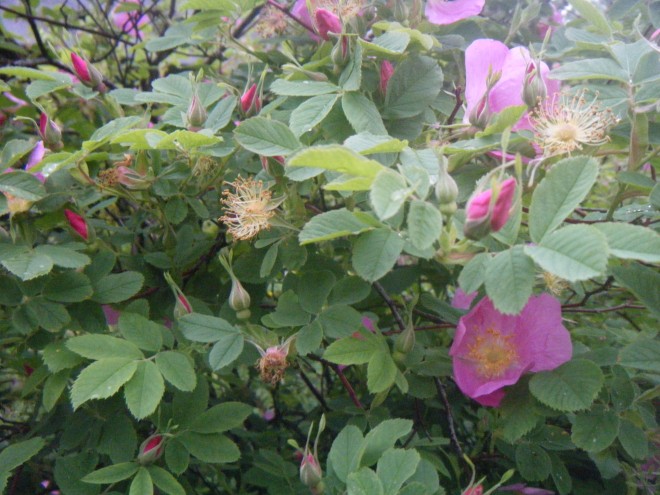