This morning when my older daughter left with friends, the younger sister watched her drive away as sadly as if the sun and all its life had departed, leaving only me, a distant and chilly star. The younger child’s first word was “Ma” – not a Ma for mama, but for her sister, Molly. Molly’s first word was mama and only mama, but her younger sister began with Molly and has pretty much defined her world from the sun of her sister. As the Inuit may have a 100 words for snow, the child had a multitude of variations of her sister’s name.

Hence, me – her mother – the distant star, or maybe at least the moon sailing by.

As the younger child added words to her repertoire, her words had a curious -y at the end, like coldy. Gradually, I began to realize Molly so deeply suffused this child’s world that even her emerging language evolved out of her primal interest in her sister. The truth is, I’m glad to hold my moon position, steady with my own unwavering gravitational pull.

Of course my girls bicker; of course they argue; of course at times they quarrel over things I find hideously unimportant like bagels; but at one thing I can count on is that they’re always watching the other’s back.

You know full well as I do the value of sisters’ affections; there is nothing like it in this world. 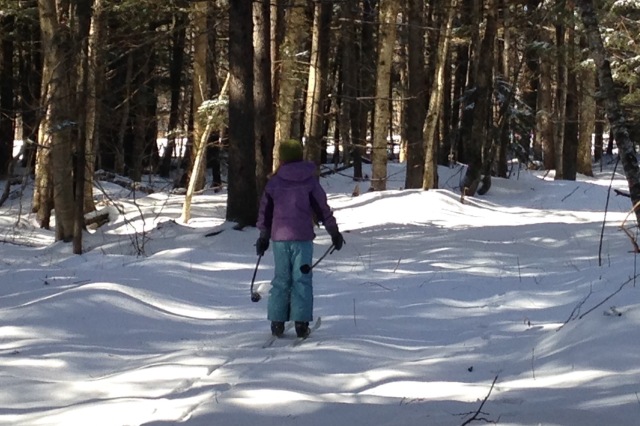 A writer and sugarmaker, Brett Ann lives with her two daughters in stony soil Vermont. Her novel HIDDEN VIEW was published by Green Writers Press in the fall of 2015. Let my writing speak for itself.
View all posts by Brett Ann Stanciu →
This entry was posted in Uncategorized and tagged baby's first words, Charlotte Bronte, language, mothers, parenting, siblings, sisters. Bookmark the permalink.